Excessive Thoughts and Reenactment of Trauma

Excessive Thoughts and The Reenactment of Trauma

Your thoughts aren’t just your thoughts. They are often the internalized representation of what was taught to you as a child.

If you were repeatedly told that you were no good and you took that on board, your adult self might continue to suffer the bombardments of guilt, shame, or self-reproach.

The trouble is that you see your internalized thought processes as part of self, and forget that, initially, they were a direct result of miseducation from, say, one of your parents.

Furthermore, the thought patterns that you have now aren’t always the result of explicit behavior, like the psychological abuse you might have gone through. Persistent neglect and the absence of care, love, and validation, can equally create persistent thought patterns of unworthiness and self-reproach well into adulthood.

Triggers and reenactment of previous abuse and neglect can further fuel your existing guilt, blame, shame, embarrassment, or self-reproach and reinforce your current reality through your continued belief and identification with those default thought patterns.

Differentiation between “Here-Now” and “Then-There”

When your Post-Traumatic Stress is activated, what happened in the past will associate to your unresolved emotions in the present.

The difficulty is that you won’t be able to differentiate between what is happening right now, and what comes rushing in as past emotional residue, which makes the situation worse.

This means that emotional residue keeps accumulating through reenactment and through new experiences, interactions, and circumstances, thus further overwhelming you.

A Flight-Please Response and Reenactment of Trauma

Let me illustrate this with an example and point out how you can potentially start to work through these complexities through differentiation of time-frames, and reestablishing boundaries:

When Harold was a child, his father was unsupportive, as well as verbally and sometimes physically abusive; he would often belittle Harold, and was an unstable individual overall.

Harold’s method of dealing with his father was to isolate and avoid where he could, or anticipate and adapt if he did not have another choice.

Thus, his first response would be to try to escape—or “flight”—and if that didn’t work, he tried to adapt through pleasing.

His suppressed emotions—related to his survival flight-please patterns—are anger and deep sadness. His internalization and thought patterns often go in the direction of feeling unworthy, and quickly feeling guilty or doubtful about whether or not he did the right thing in any given situation.

Doubting himself and not feeling adequate frequently come up when he has a challenge at work, or when he has a discussion with his wife; furthermore, he beats himself up over not being able to be more assertive and he tries, forcefully, to act out in order to overcome his internal thought patterns. The attempt to overcome and acting out do not address his deeper issues, and so he further defaults into guilt; this continues to be a psychological cycle for him.

Because these patterns are so internalized for him, he is not able to link how he thinks on a day-to-day basis to what he experienced in childhood.

Working Through Reenactment of Trauma and Differentiation of Time-Frames

I then suggest that he look at it from a larger perspective, and not just as his own thought patterns. I do that by asking him: “When you allow yourself to go back in time, which person in your childhood would make you feel like you are feeling right now”?

As he has his eyes closed and he is tracking his body sensation, he is directly accessing memory that is stored in his body cells—as opposed to trying to just access the information cognitively—which gives him direct access to a part of his past.

Obviously, a memory of his father’s behavior comes flooding in, and he is aware again, on a visceral level, of the abuse he went through. Being able to relate how he feels in the here-now, and what he went through then-there, helps to both give him a wider perspective, and arrest his self-reproach and effort to overcome. It also takes away some of the edginess of feeling guilty, when he remembers where those thoughts and feelings came from.

Over the course of a number of sessions, we work on voicing his repressed anger to his dad, allowing him to be with his deep sadness of himself as a vulnerable young kid.

Expressing his anger as healthy boundaries assists him to feel more empowered, gives him a sense of self-worth, reduces his anxiety, and puts the guilt back where it belongs.

By owning his sadness and “reparenting” himself, he starts to heal his core wound by giving validation to himself—as opposed to continually looking for validation outside of himself.

It is the addressing and reestablishing of healthy boundaries and containing your core wound that paves the way towards healing.

Does this article resonate with you? In which way does your reenactment of trauma express itself?

Leave your comments below. 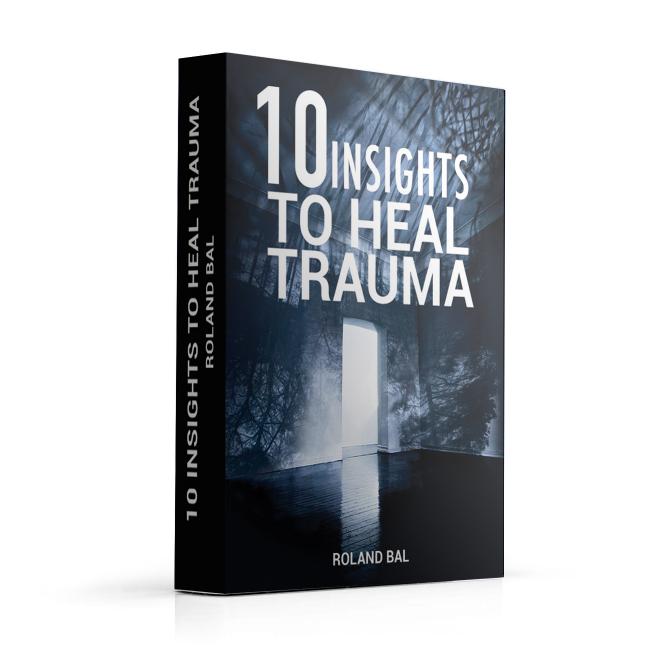